Skip to content
Home/Core/JELL-O Takes Their Best Shot At 12.21.12
Previous Next

As it has become simpler (and quicker) to produce commercials and place them, we have begun to see many campaigns that are launching to coincide with specific events.  What might have once been considered a waste of money are now considered the norm – whether they are a waste of money or not.  With the ability to launch these micro-campaigns quickly and effectively, we’re seeing that it happens more in this “I want it now” society.  Add in to the mix that today might be the end of the world, and you’ve got a recipe for some fun.  That is, if the creative and placement is done right – as JELL-O seems to have done with their latest TV Spot.  Perhaps its the best JELL-O shot at saving us from the apocalypse? 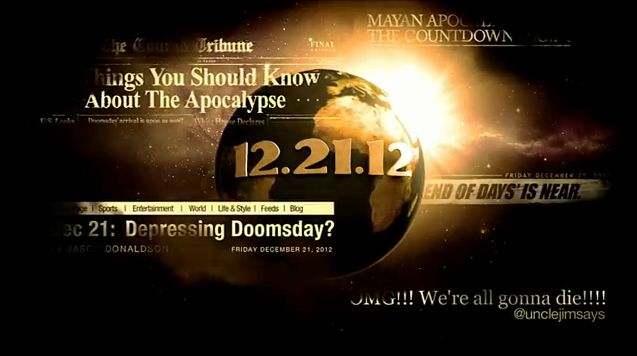 The 60s spot is a fun one that offers up JELL-O brand pudding to the gods in order to save us from the end of the world. It seems that they did spend a bit of money – or at least found a solid vendor who could produce it on a tight budget. I saw it on ESPN last night and I guess you could say that the audience is ripe for chocolate pudding – if even in a nostalgic way.

While they did a funny commercial that has a short shelf life – much much shorter than the shelf life of the product they are selling – seems as though their press release went out on the 17th – they might not have prepared to leverage whatever media was bought.  They announced in the release that there will be a contest and that people should use the hash-tag #funpocalypse and they also announced the url, www.funpocalypse.org but that just goes through to the Facebook page.

I would have liked to see more integration into their main site or even just placement of #funpocalypse on the commercial.  There were a couple of people who searched for @unclejimsays – which was clearly shown within the spot. Unfortunately, it was not really managed by the company.

It is great to see these compelling bits of content coming out in support of products, but there is an acute risk of leaving value on the table by not extracting the most value from any campaign element. I look forward to seeing more of these fun, time-specific offerings, but hope that any campaign elements are dealt with holistically to make sure there is the best ROI possible.  Because, if you’re reading this on the 22nd of December or later, JELL-O was successful in keeping the apocalypse at bay – and businesses will have to continue turning a profit.